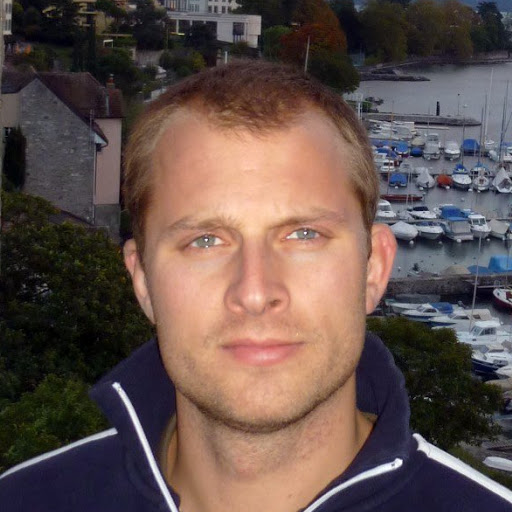 Adam is a cofounder of Drone Adventures and an engineer for senseFly, which develops UAS for use in agriculture and mapping. He founded the organization in March 2013 and has since flown missions to map the Matterhorn, aid rebuilding efforts after the earthquake in Haiti, and survey areas affected by the tsunami and resulting nuclear disaster in Fukushima, Japan. We recently had the chance to talk to Adam and learn more about his work with UAS.

Drone Adventures is a nonprofit organization that sees UAS as a powerful and exciting tool that can be used to make the world a better place. Your goal is to promote the great potential of UAS in civilian applications, focusing on conservation, humanitarian, cultural, and search-and-rescue domains. Tell us, what gave you the idea to found such an organization?

I’ve been working in the UAS industry for almost a decade. During this time I’ve met countless bright, caring people developing cutting-edge UAS technology to improve the human condition and help solve society’s greatest challenges. Instead of hearing about these people and their work, however, the media and the public’s perception of UAS has been focused on remote killing and invasion of privacy. Drone Adventures was founded to show the world the potential of UAS to do good through action and concrete, in-the-field results, change the public’s outlook on this great tool, and to help these pioneers in technology take pride in their work.

You recently visited the Fukushima Prefecture to help with the cleanup effort there. Can you tell us about the work you did there? Why were UAS ideal for this work?

Fukushima Prefecture was hit by a triple disaster in March 2011 — one of the world’s most powerful earthquakes, a resulting tsunami and then a nuclear disaster. Three years on, the recovery effort is still underway along much of the coast and the radiation-affected areas. For this mission we teamed up with Taichi Furuhashi from the University of Tokyo to map three villages in various phases of reconstruction: IIdate, a village inland that was highly polluted with radiation and is having its topsoil removed and treated in order to allow the return of agriculture to the area; Hisanohama, a village along the coast that lost many homes to tsunami damage’ and Tomioka, a village 10 kilometers south of Fukushima-Daiichi that has yet to be cleared of rubble due to its proximity to the damaged reactors. These up-to-date maps were published online and donated to the municipal governments in charge of reconstruction to be used for planning. 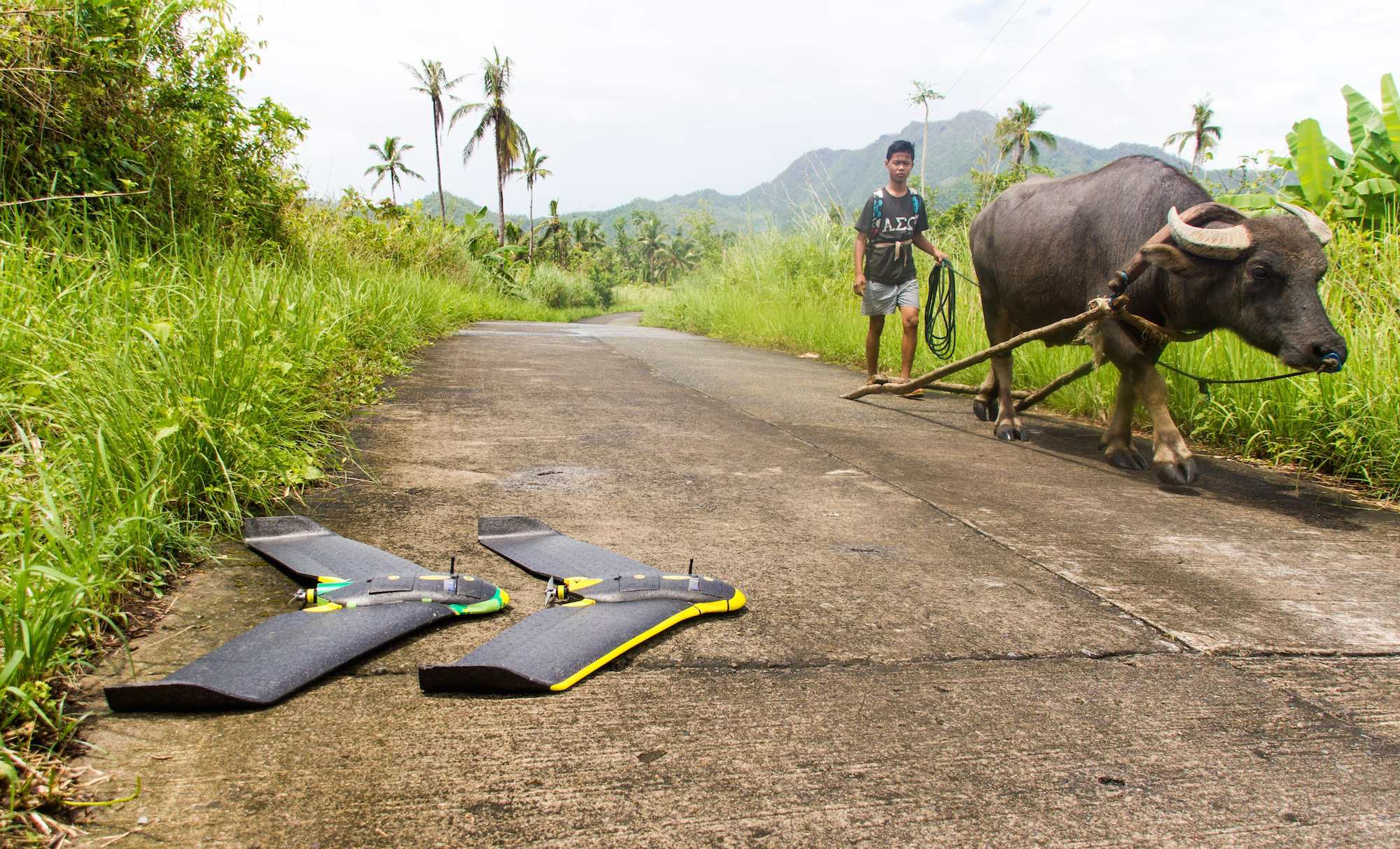 Drone Adventures demonstrates practical uses of UAS during missions. These are short deployments — a few days up to a few weeks — during which we connect our team of drone experts with a partner that requires the data our drones produce. Having an in-the-field partner is important to us. We want to show that drones can provide actionable data to experts in humanitarian aid, conservation, archeology or any other field we work in that they would not have been able to source otherwise. Our ever expanding member list includes experts in UAS (senseFly), image processing (Pix4D), map hosting (Mapbox) and legal aspects (LaBarge Weinstein). The combination of all of these aspects is what allows us to provide our application partners with UAS-sourced data quickly, legally and in a format that they can work with.

What has been your favorite drone adventure so far?

It’s hard to choose a favorite adventure as they’re all so different and provide their own unique experiences. Our missions to Haiti and the Philippines allowed us to develop the necessary skills to work in disaster areas and unorganized environments. The Matterhorn mission provided some of the most spectacular views.

What has been your most challenging?

From the technical perspective, the most challenging adventure was the mapping of the Swiss mountain Matterhorn. Preparing flight plans in complex mountainous environments, coordinating with local air traffic, and of course climbing to the summit while carrying a UAS required months of training and preparation to accomplish successfully. From the emotional point of view, our first adventure to Haiti was the most challenging. We were launching UAS from ultra-dense urban informal communities, had to optimize our battery charging time in villages that had limited electricity, and captured a data set of a river ravine with 1,200 meters of vertical difference before senseFly developed 3-D flight planning. The smiles and thanks we received from our Haitian partners for our work definitely made it all worth it.

You are no stranger to UAS. Before this, you were a doctoral candidate in robots at École Polytechique Fédérale de Lausanne in Switzerland. How did your studies prepare you for what you’re doing now?

My Ph.D. at EPFL provided the solid scientific base for me to understand the complex technology, both hardware and software, required to make a practical, safe and useful UAS. It also filled me with dreams of all the good applications that we could use UAS for. Dreams, however, need to be anchored in reality and need to be demonstrated using a real product, outside of the lab to help real people. This is where my work at senseFly and Drone Adventures comes in.

As this technology continues to develop, how do you foresee it being used by researchers in the future? What do you see as its greatest strength?

In many ways, a UAS is simply a way of getting a sensor to a place where we couldn’t get one before. As the technology matures, technology (including great products like the Gimball) will allow us to place more sophisticated sensors (better cameras with different spectrum, lasers, meteorological sensors) into even more inaccessible places. The research will then shift into a big data problem: How do we extract useful, actionable information from all this data?

As an example, Drone Adventures’ first mission to Haiti mapped 50 square kilometers at less than 10-centimeter resolution in less than a week, producing 10 to 20 gigabytes of orthomosaics. This data set has been used by various teams including OpenStreetMap, the International Organization for Migration, USAID [U.S. Agency for International Development] and local communities in projects as diverse as flood prevention, urban planning, statistics, insurance or even setting up bus routes. Building better UAS will not only create a new generation of robotics researchers, but will also fuel data analysis research that will lead to a better understanding of our planet and its people in ways we haven’t even considered yet.

What does that future hold for you and UAS? Do you have any other exciting Drone Adventures projects planned? What would you like to do next?

We are just at the beginning of the UAS economy. Predictions on the size of the market range from $100 million up to even $400 billion, and there are as many opinions on future applications as there are dreamers in the industry, so I’ll let the futurists debate it today and historians debate it tomorrow.

As for Drone Adventures, in our first year alone we went on seven missions in six different countries — so many that we’re struggling to simply write about what we’ve done. The second half of 2014 promises to be just as busy, with missions in archeology, first response and medical aid all in the works. I’m writing this interview at an airport on my way to Namibia, where I’ll soon be flying drones among herds of zebras. So stay tuned.