Robotic technologies are our future. They will shape the way we work, play, eat and sleep — and how we relate and interact with them will determine our success. It is our responsibility to learn about these systems that will routinely increase our potential and benefit all living things.

Intelligent robots are already proving a transformative force in lives around the world. From unmanned aircraft systems, or drones, that provide critical assistance for search and rescue, firefighting and disaster relief efforts to unmanned underwater vehicles that allow humans to safely survey vital underwater infrastructure and search for wreckages, robotic technologies are extending our capabilities, contributing to a safer world and ushering in a future with limitless possibilities.

The future is not only in the hands of the innovators, the scientists and the engineers; our robotic future depends on a collective contribution from everyone to develop and use these technologies responsibly. #IHPrevolution aims to provide educational resources and an open forum to create a path toward a safe and beneficial robotic future.

Fear and uncertainty over the unknown will inhibit human potential and limit great tools like drones from benefiting millions of people. These aerial robots are a low-cost and safe way to gather important visual information, such as the location of survivors and instable infrastructure or deliver supplies to areas cut off from conventional transportation.

Rules regulating drones in the United States are not yet finalized, but as of June 2015, over 500 companies have been granted approval to operate drones to support numerous industries, including energy utilities, oil and gas, agriculture, filmmaking, news and sports media, structural inspections, and many more. Researchers are using drones to study weather phenomena including tornados and hurricanes, survey the Earth for geological or paleontological studies and even create a pop-up communications array that could provide Internet to remote or disaster-stricken areas.

Ground robots for bomb disposal and countermine missions keep law enforcement and military personnel out of harm’s way, and telepresence robots enable school children or surgeons and business professionals to overcome the limitations of inaccessibility and distance. Autonomous road vehicles, also known as self-driving or driverless cars, can prevent tens of thousands of motor vehicle fatalities every year in the U.S. alone and millions worldwide. 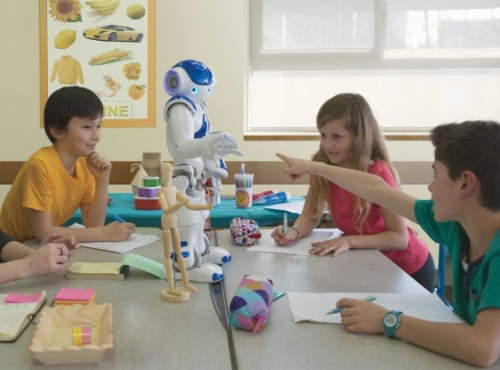 Unmanned underwater vehicles and surface vessels can provide harbor or boarder security and can scan a ship’s hull for safety inspections or contraband. According to a study by the Water and Development Research Group at Aalto University in Finland, the Institute for Environmental Studies at VU University Amsterdam and the University of Maribor in Slovenia, more than 50 percent of the world’s population live within three kilometers of a surface freshwater body, and fewer than 10 percent live further than 10 kilometers. Underwater and surface robots will be a crucial part of maintaining our essential relationship with bodies of water and the massive, yet delicate, underwater ecosystem that is largely still unexplored.

Robotic innovations such as exoskeletons have empowered people with limb paralysis to walk for the first time in years and are making difficult physical labor easier and safer for individuals. Other advancements will affect home life, including a company that has created an automated kitchen robot that cooks like professional chefs set to be released in 2017 with a library of 2,000 recipes.

It is abundantly clear that the future is already here, and we will quickly begin to see pervasive uses for robotics enabling us in ways we never could have imagined. Now is the time to create a vision of the future together.